What is the role of form in visible and invisible components? How do hidden structural elements (such as foundations) enable or influence the final appearance of visible elements? How foundation could be an active element in project?

The structure of the thesis in a first part frames the cultural context of the research, defining the relationship between form and structure in a theoretical key and analyzing the characters of the geographical context (Switzerland). In the second part, the specific research components are analyzed, referring to the relationship with the ground (ground connection, foundations and topography). Finally, in the last part, research by design is carried out, analyzing some possible variations on the selected case study that become an active element in the research able firstly to be a narrative element and at the end an active element to test possible solution to use and reuse foundations. It is important to highlight the reasons that lead the research in Swiss territory are defined by the intersection of different topics, where each one isn’t unique of Swiss context, but by their common interconnection define this as a fruitful context for the research. Topographical aspect, Pedagogical aspect in teaching architecture, creating dialogue between architecture and engineering, a “know how” culture, a handcraft attention to detail also in technical and structural elements.

Architecture artifacts are mostly published, admired and studied for what emerges from the ground, without paying particular attention or wondering what is hidden underneath. So, there is an ambiguity, a short-circuit in the idea that a fundamental element that allow the presence of a building as artifact to be there, is invisible. The research has the objective to put this component more evident and active in the project.

The intention of the research is instead to analyze the relationship with the ground, revealing what is hidden below the ground line, investigating how a hidden structural component can influence the formal component of the visible building.

This introduce the idea of logical and physical unity between different components that can be linked to the idea of tectonics. Bottincher, 1 in fact, interprets the term tectonics giving it the meaning of a complete system that binds each part into an unique whole, endowed with meaning. (fig.1) Foundation not as an element itself, but as an element capable of transmitting and synthesizing the character of the work.

So the foundations become a spy, a "clue paradigm" 2 for research, an element that is commonly not analyzed, but able to highlight very relevant characters in the study and reading of the building. In fact, this method has been pointed out by Carlo Ginzburg, highlighting several examples of the application of this method. One of these is that used by the art historian Giovanni Morelli, 2 in the definition of a new paradigm for the association of works of art to their author. For this Morelli outlined a method that does not start from the most striking and recognizable characters of an artist but, on the contrary, from unusual characters, which are rarely observed (such as the representation of the hands or the ears) because it is there that the true artist is recognized. Similarly, in the intention to analyze the relationship between form and structure in known case studies, where the intention is not to start from the components where this relationship is clear and evident, but from a more hidden condition, such as foundations. For Luigi Snozzi the foundations are able to communicate the framework of the architectural idea and therefore to be a synthesis of the entire design process. Therefore, to understand an architecture it is enough to observe the foundations, which become not only the point of arrival of all the loads but also the synthesis of the design process. 3 So foundations can be the lens through which to study and rethink the project. [ 2 ] According to Diethelm 4, the contact between the building and the ground does not only determine the transfer of loads, from top to bottom but also the interface with the topography of the place, in a compositional relation and not only structural. 5 In fact, architecture is in relation to the geomorphological structure of the landscape through its form. 6 The zero point of this relationship is the ground line and a section at the surface of the earth’s crust that highlighting the different layers of which the soil is composed: more or less dense, strong or weak, imposing different solutions to anchor the building to the ground. 7 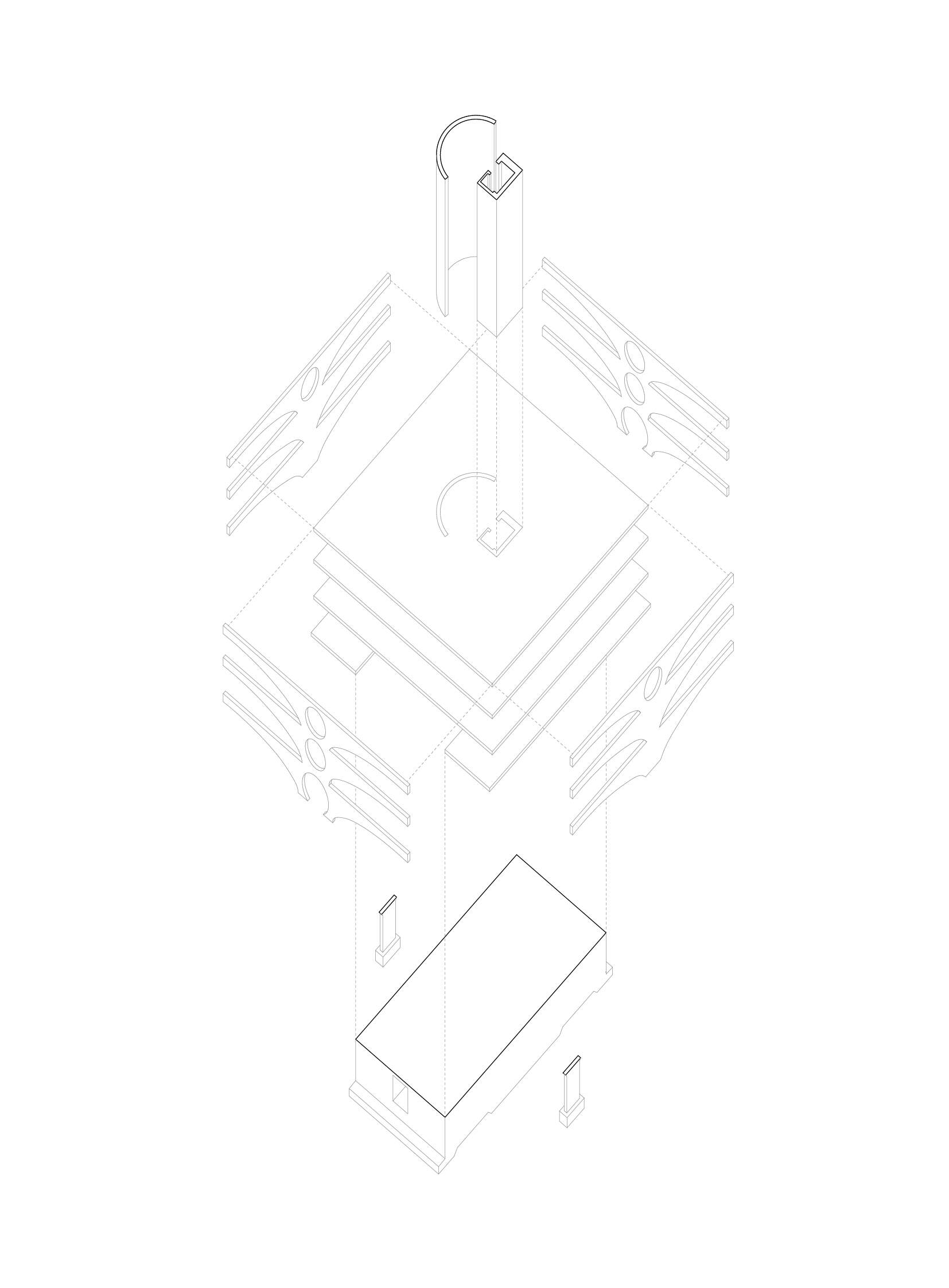 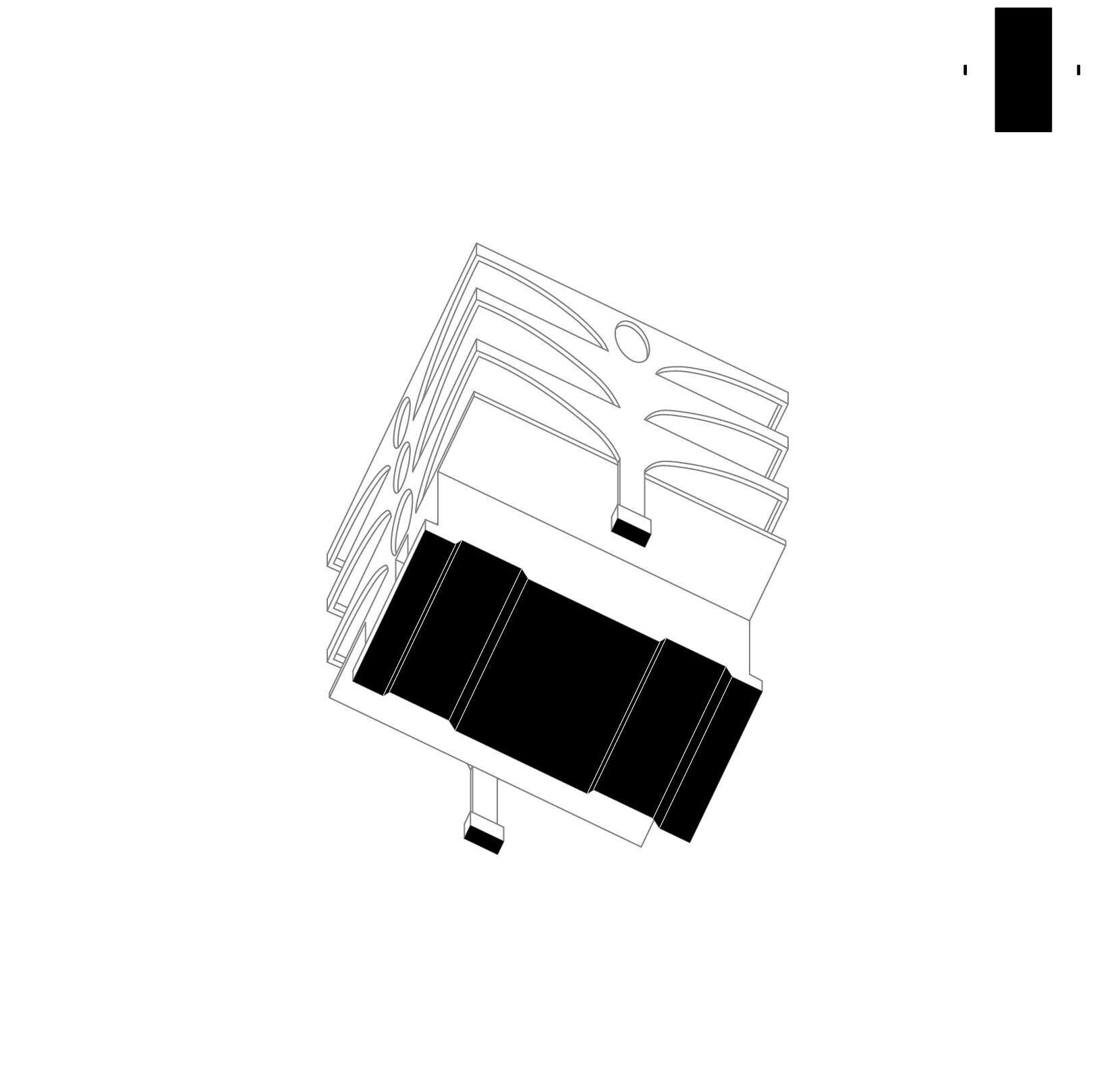 In this sense, the reasoning carried out by Alison and Peter Smithson, with “Ground Notations”, is central. 8 Here is highlighted the importance of the grounding of the project as a design strategy, capable on the one hand of marking the physical nature of this component as an artifact and on the other hand the link to the place that is established, introducing the possibility of foundation to become an active element.

In this sense, the competition proposal developed by Junya Ishigami for the renovation of the Moscow Polytechnic Museum (2012) is very interesting. The project, to create a new level on the ground floor, reveals and brings to light the underground level of the foundations, making it habitable and accessible to the public. The old building is thus raised on its foundations, as in Semper's photo during the restoration of the Polytechnkkum, Zurich (1920). The foundations, previously invisible, become part of the visible form in the project, completely changing the perception and use of the space. Another example in which the foundations are inhabited is the competition recently won by Christian Kerez with Joseph Schwartz for the Textile Museum in St. Gallen, Switzerland (2021). In this project, the foundations become a “casting form” for the new underground level, freeing up a large underground space and making the existing building float. In fact, contrary to what the competition announcement suggested, i.e., to work partly on the existing roof and partly on the basement, Kerez's solution does not alter the roof in any way, modifying only the basement, creating a new, large, free atrium to host multipurpose functions. So, foundation become an inhabited space, an active component that on one side synthesizes the concept of the project and on the other side introduces new solutions of reuse.