While the 20th century in architectural culture was mostly characterized by the rise of professionals, whose professionalism was considered as guarantor for high standards, value and quality, a change towards a new generation of active consumers has taken place within the last few decades with the capacity of blurring the line between consumer and producer in an increasingly growing open-source narrative. 1 In contrast to industry professionals, their focus lies no longer on generating profit but on the limitation of consumed resources, the idea of adaptability for the changeability of designs over time, and the use of the existing built context. Participants belong to a new culture in which open and constructive collaboration between colleagues and other specialists is based on their personal engagement and experimentation. 2 Within this shift from the passive consumer to the active user, who has decided to produce for him- or herself, a change has taken place. Although there are several examples in architectural history attempting to integrate unskilled workers within the design and execution processes, some of them conditioned by times of economic hardship, this tendency doesn’t find a systematic approach in today's architectural design- and planning culture. 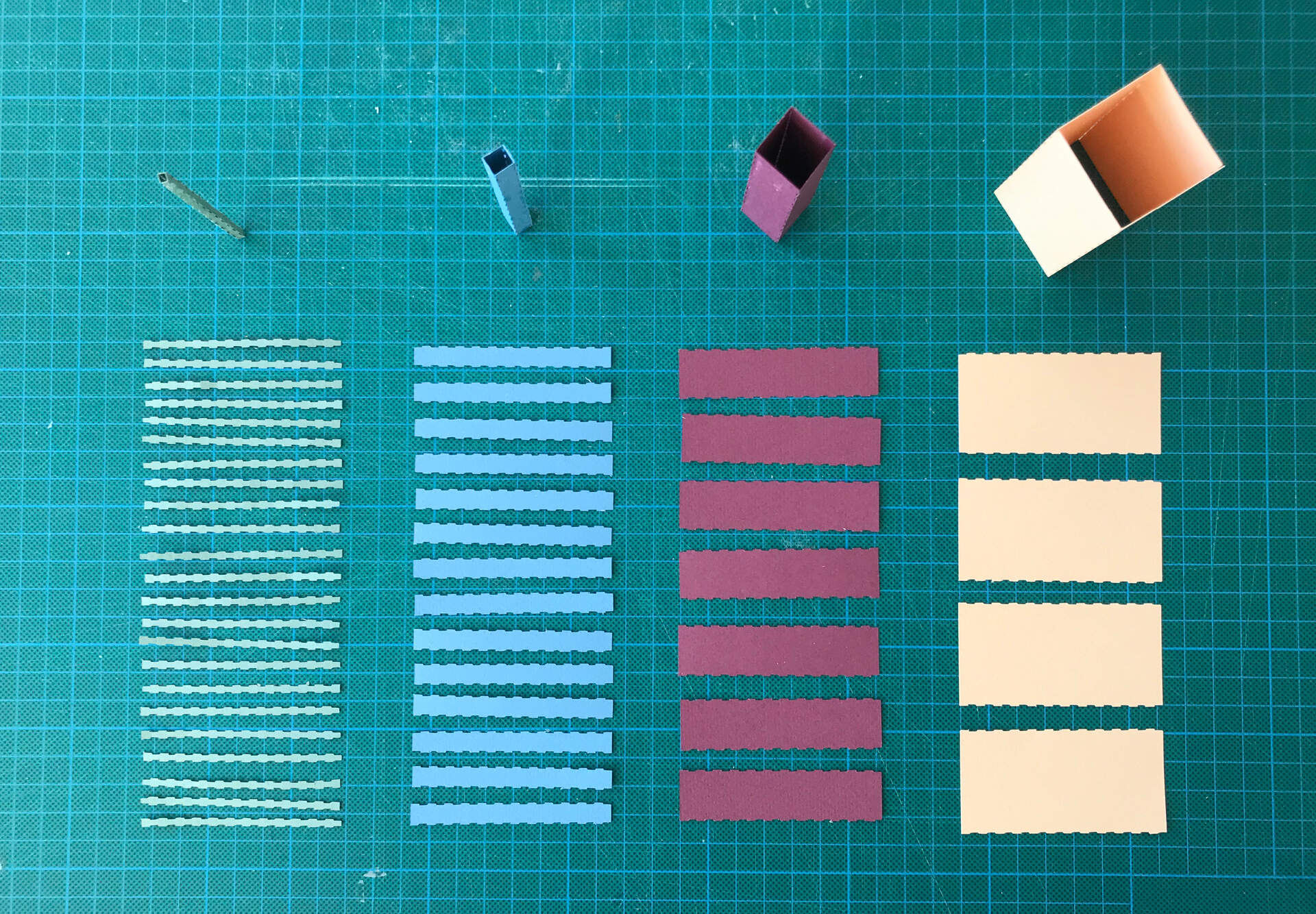 Figure 1: Example in a 1:33 paper model for a schematic 2-dimensional system made of cnc-cut spruce plywood. 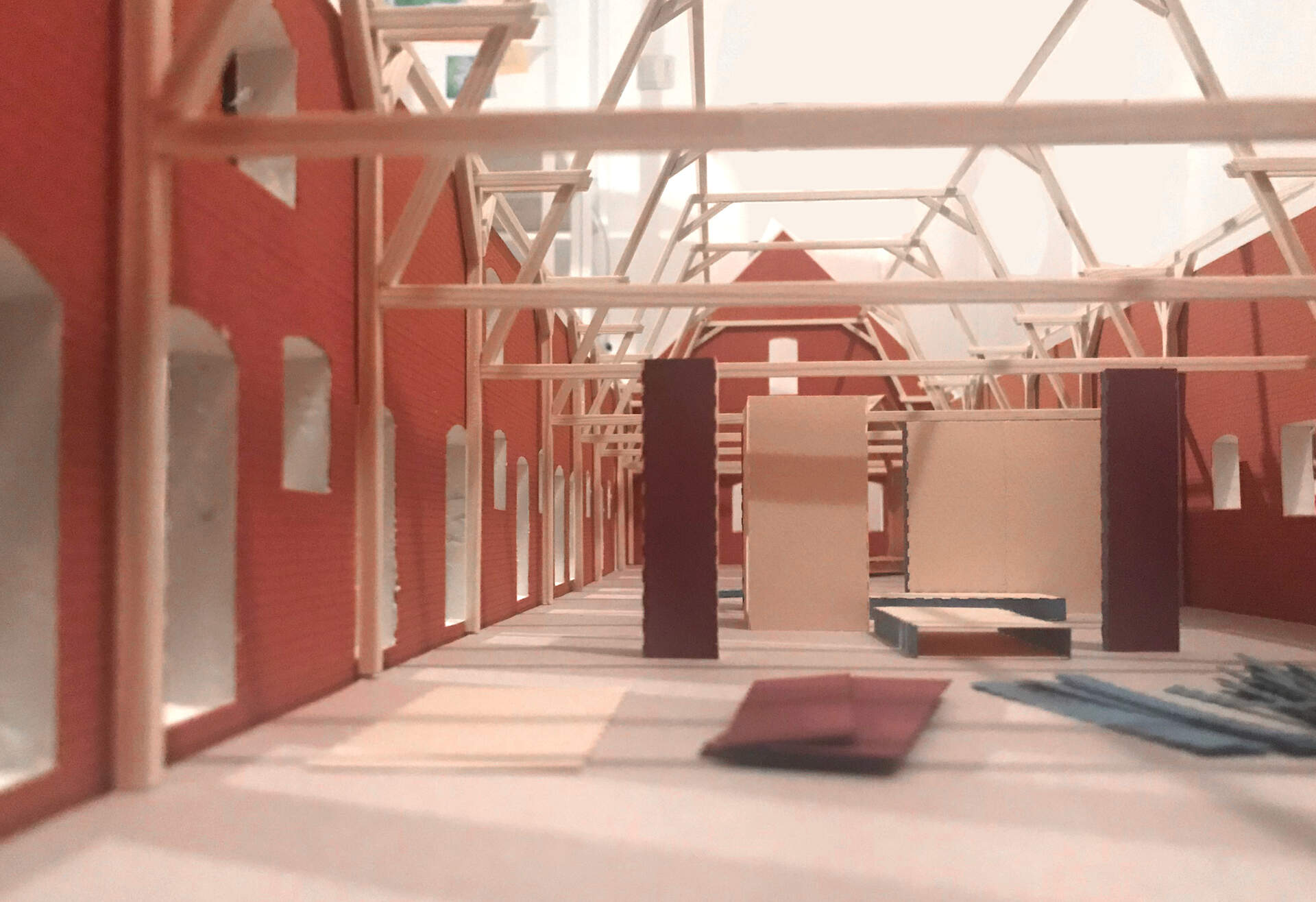 Figure 2: A possible floorpan outcome of 2-dimensional system in existing context model for a community built conversion of a barn building.

By implementing this research within a series of both, past and running projects within my architectural design practise, this proposal is aiming to gain new perspectives on the production of architecture today. While all practical projects are located within a specific existing built context, designs are aimed to become the main driver of this work. By reflecting on the specific nature of the projects, this research aims to develop a universal set of outcomes, as this could provide useful knowledge to enable non-specialists to transform, use and adapt existing contexts. 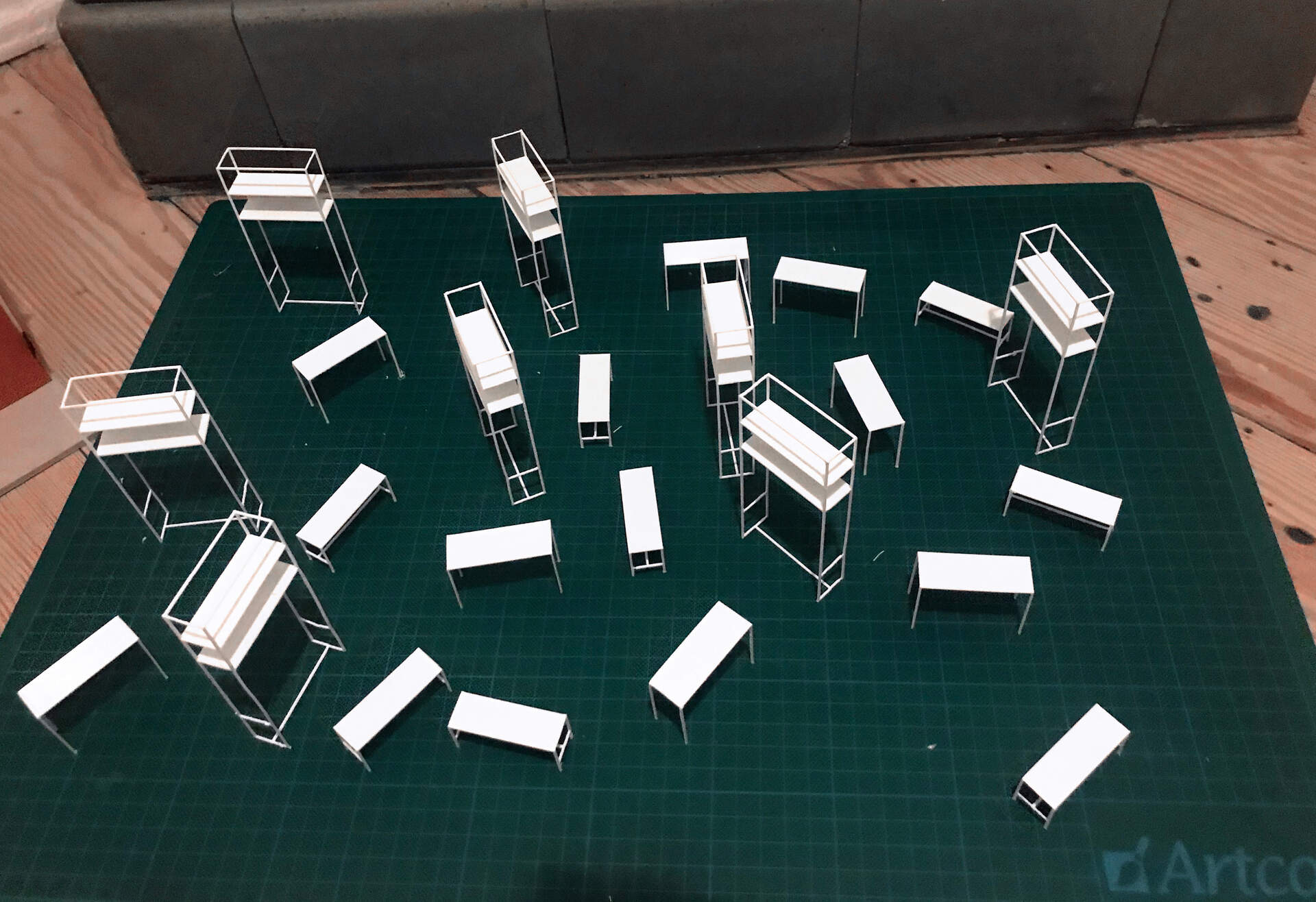 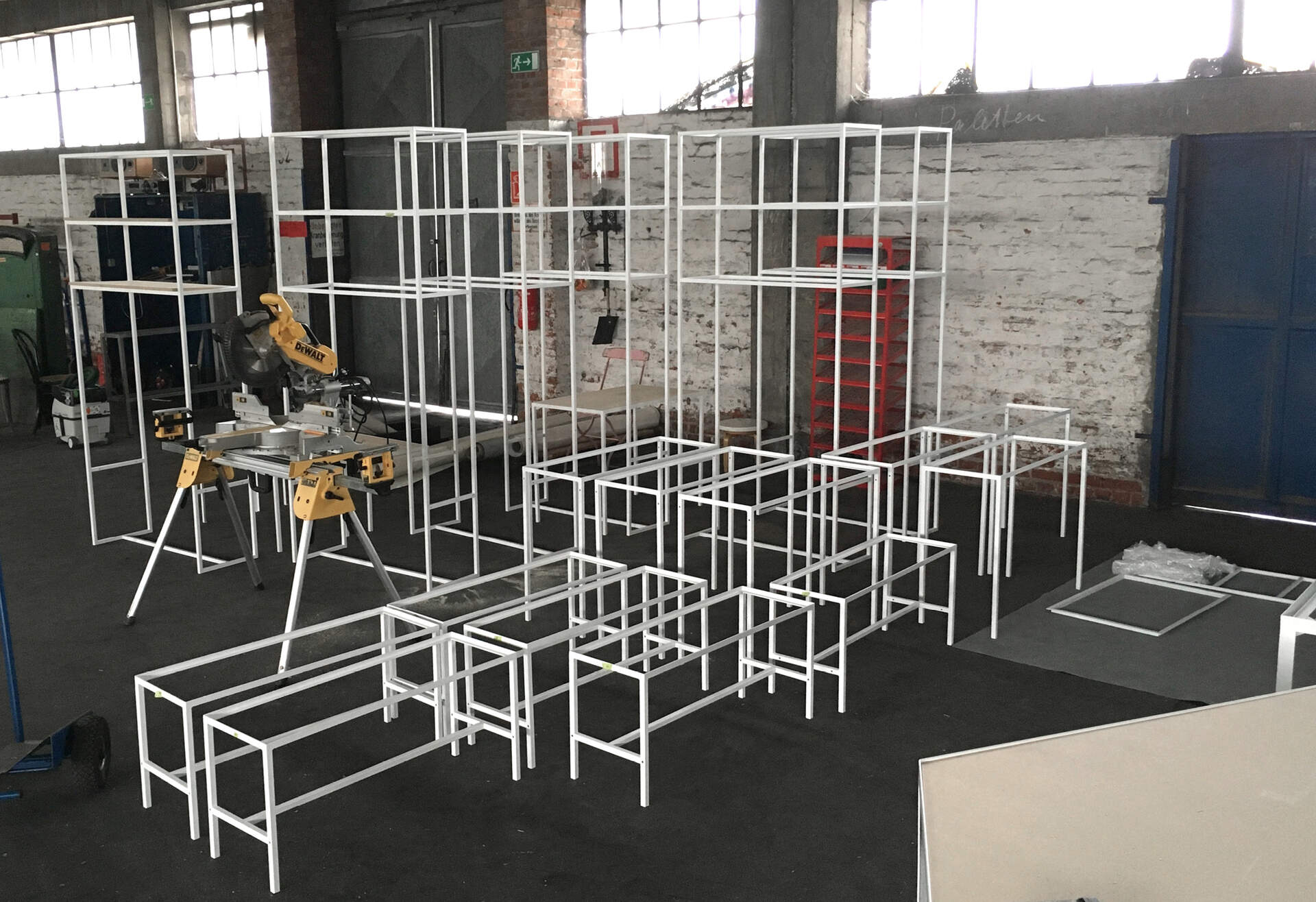 Figure 4: 1:1 testing in workshop, production of 3-dimensional elements for a community-radios office transformation.

While in the decades immediately before and after the 2nd World War architects increasingly became empowered to influence every aspect of human condition, today's situation and context presents itself differently. Under the general sentiment that European culture had been destroyed by wars or had become so cluttered with nostalgic detritus as to be uninhabitable, the image of the modern architect has emerged during the past decades 3. Fueled by the political economy of the 20th century and the rise of the welfare state, this tendency culminated in the emergence of today’s global architect who “wanted to be free from the everyday environment and its traditions, constraints, and limitations, whose focus from now on was on innovation and a new way of building.” 4 After an ascension of the architect to near-mystic status and the emergence of the star-architect, there was no reason for them to be fettered. Consequently this culminated in the underlying idea of most of today’s commercially developed architecture, which as a result on a grand scale, too often prevents future adaptation and consequently, limiting the opportunity for change and adaptability and forces people to move instead of evolving with it over time. In the aftermath of this ongoing process, the market was then left to determine the spatial conditions alone, 5 the creativity of many professional architects was absorbed by capital, the professional architect became an employee in the accumulation of capital where as a result the idea of the newbuilt was favoured over the use of working under the use of the existing and so he was interwoven within increasing constraints in the logic of value creation. 6 Facing a situation today where, as the sociologist Bruno Latour puts it, the challenge for designers ahead lies in finding solutions how the “reaction of the system to human actions”78 can be coped with, this image of the architect seems obsolete. If following the idea of planetary boundaries and the concept of Anthropocene, it seems to be evident that the question of value requires a redefinition for the coming decades. Value today and in the future will presumably also mean: enjoy what we have and to make use of the existing. 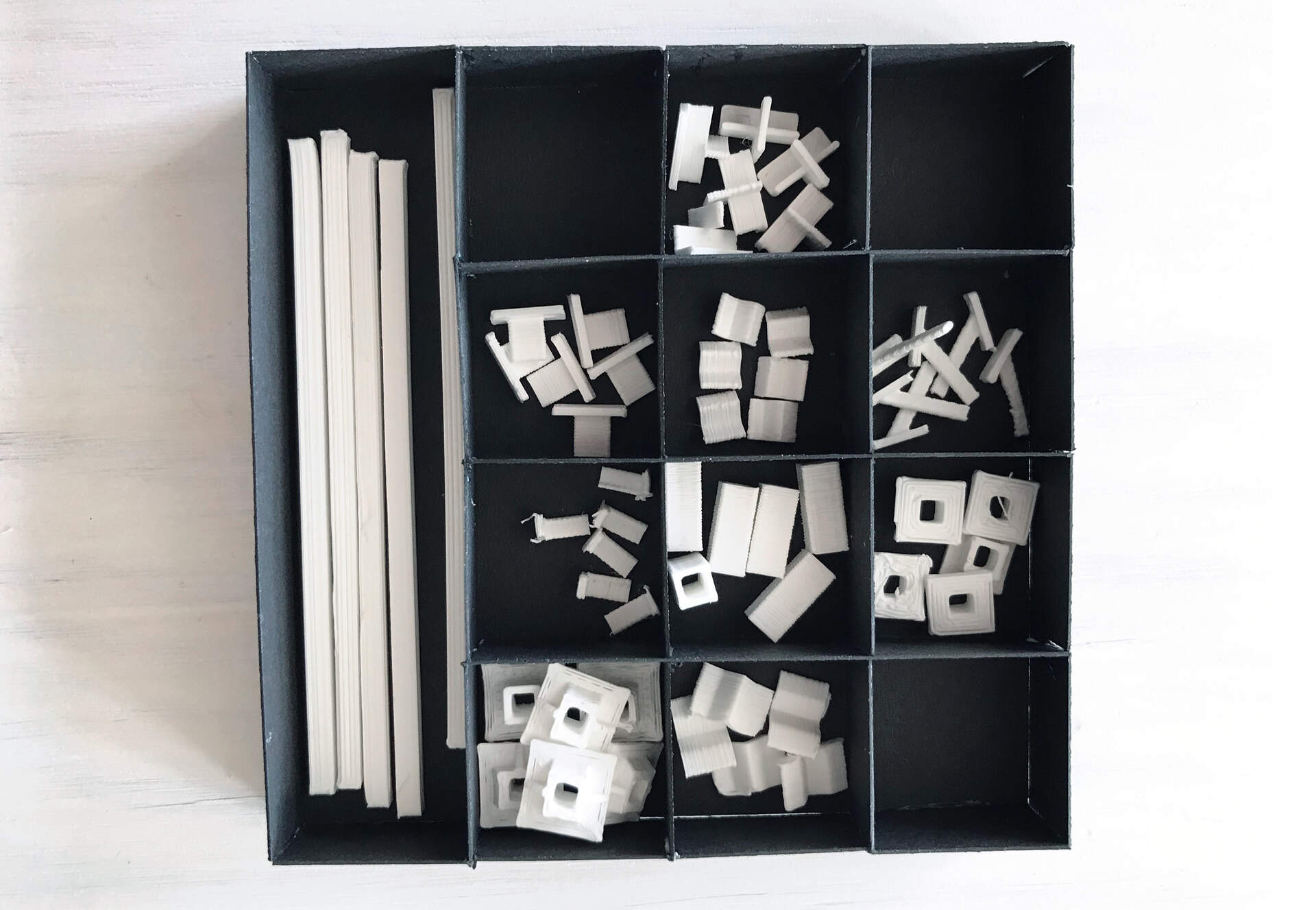 Figure 5: Example for a linear kit, printed elements in scale 1:33. 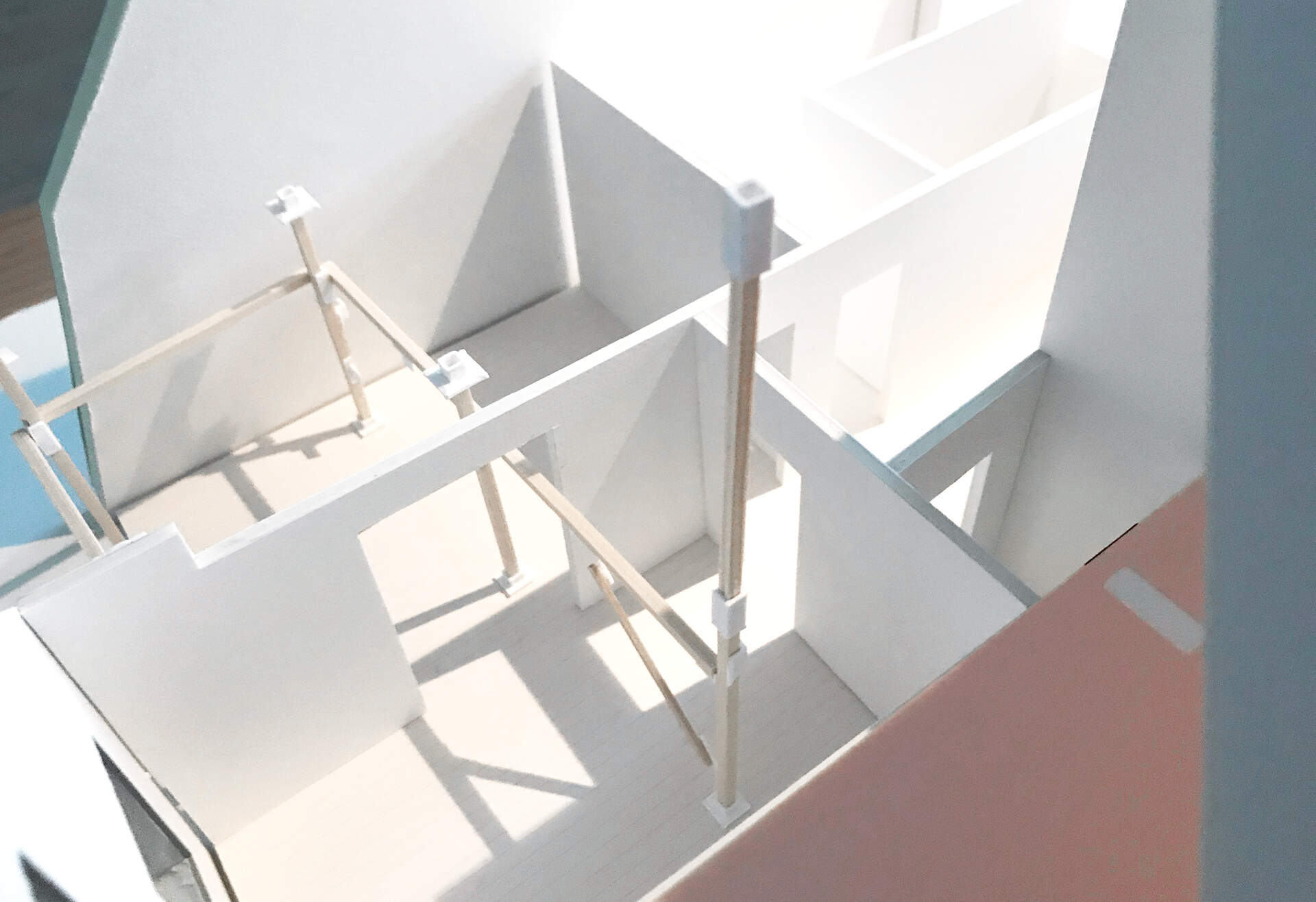 Concerned within this moment of time, this dissertation is aiming to investigate a specific potential emerging from working with the existing built context. While deepening specific investigations regarding the potential of existing structures, this research is aiming to establish a system, which enables the user for future changes and adaptations through its components. The work is imagined to investigate this by considering the whole spectrum of a building's life. For this purpose it’s aiming to address how accessibility and openness can be translated into a design and issues such as durability, flexibility, demountability, and actual use can create an organism-like architecture, rather than an object that will be completed after its practical completion. What would happen, for example, if buildings and objects could be adapted according to changing life situations? Why not “have the courage, where practical, to let people shape their environment”?9 Imagine, for example, “Ikea was to work with this sort of grid and when the child's bed you bought from them was outgrown, you could use this open system of components to turn the bed into a bicycle, into an extra piece for your modular kitchen, or even a coffee machine.”10 If, following the position outlined by architect John Habraken, “intentional architectural intervention should be grounded in a diagnosis based on investigating and analyzing the existing built environment to create frameworks that cultivate user-generated design.”11

The main Idea for this research initially emerged from a design-project for a conversion of a space located in a former existing bunker-building into an editors office for a local independent radio station in northern Germany. While at first the existing building with its mass and dominance seemed to set the rules for the design, a series of differently assembled 3d elements, became an integral part in creating an expandable space, with the capacity to enable its users to grow and change the space over time. Further investigations within practical design projects continued last year, when Covid-restrictions started to set new rules and added an experimental atmosphere to some of the projects. A currently running community-driven living- and working-experiment in the countryside of Berlin will implement another investigation to this research, where questions of community-led transformation of an existing built context will be developed over time, continuing the line of this reseach with the aim of 1D and 2D elements fabricated on site as well as prefabricated 3d elements that can be assembled for different scenarios within the existing context.

Starting from the fact that “design tools don’t really allow us to engage with the underlying social relations within which design is conducted and the fact that design is often conducted through a series of technologies -mainly drawing and its derivatives- that have created an elitist professional and expert discourse”12 this dissertation aims to further re-examine and develop adequate design tools. Other methods and formats such as speculative design workshops and a futurescope and the open-source platform will also be explored for their potential to open up new ways of communicating design and creating accessible solutions. New tools could be considered neither to “mask specific social, political or environmental issues”13 but to enable people to overcome their sense of lack of influence and recognize and ultimately use their resources and opportunities.

All images by the author.