The construction of the domestic imaginary played a central role throughout the centuries in the definition of cultures and societies, an if it is true – as Viollet-le-Duc mentioned in his Dictionnaire – that the order of the house and its distribution changes in a very long time, it is easy to assume how the history of human beings has been crossed by several moments of transition regarding the way and the form of living.

The exploration of the wide field of the domestic culture through the architectural lens implies the consideration of many other aspects, from sociological and anthropological to political and economical ones, and the net of intersections changes according to geography.

Using architecture as first level of investigation it means to recognise that architecture itself is the translation into a physical space of all the reasons at the base of a particular way of living, and due to this the architectural drawing must be considered as the investigation tool par excellence.

More deeply, this research expects to consider the plan as the scientific tool to be used to advance theories and hypothesis, tracing relations or contradictions through the history of architecture and, with awareness of the past, trying to identify and suggest future scenarios.

«Yet plans are everywhere: we spend most of our life within them […] and the plan translates many determinations—money, measures, code, gender, class, rituals, beliefs, ideologies, environmental conditions, etc.—into a specific spatial layout. With its conventions of scale, measure, and view, the plan acts—much like money—as a “general equivalent” within which a multitude of determinations coalesce into a measurable “universal” datum» 1.

These words by Pier Vittorio Aureli appear like a solid statement universally applicable.

In order to show some concrete cases and considering for example the model of the individual house into the Western culture, it is undoubtable to set a crucial transitional moment around the half of the 19th Century, especially in that English geography where the Arts & Crafts Movement took its root.

The Red House in Bexleyheath, built by the young architect Philip Webb in 1859 for and with his friend William Morris, stands as the true paradigm of a new sense of modern living and it is the plan of the house which manifests a great consciousness about the personal needs of daily life, a fresh new taste for comfort and a particular regard for intimacy unknown at that time.

A hallway placed in the middle of the L-shaped plan frees the inhabitants from the uncomfortable crossing of all the rooms and it represents the emblematic element revealing that sense of modernity (fig.1).

This formula will be notably experimented, changed and declined in so many different possibilities, following the rules of geometry, taking the concept and rotating its axes 45° – as in the “butterfly plan” codified by Edward S. Prior in Exmouth – exporting the model out of the country with the intent to strongly affirm the will of a new rising intellectual bourgeoisie. Again, an overview of the plans of the most significant projects developed after the success of the Red House clarifies the trends of that wealthy lifestyle of the mid-nineteenth century: from solar orientation to the positioning of the different rooms, from the perception of the fireplace as the most intimate nucleus of the house to the harmonious union with the garden, embracing an intellectual bucolic life made of arts (fig.2).

With the domestic experimentations developed by the architects of the Arts and Crafts Movements,

many following episodes can be considered as consequent results. The Prairie Houses designed by Frank Lloyd Wright some years later were built for a similar bourgeoisie, who lived in the Chicago suburbs, reshaping the composition of the plan of the house into a more open additive structure, arranged on orthogonal axes, with independent volumes linked from pergolas or passages, the main rooms organised into special geometries as hexagons or octagons and notable fireplaces defined as the heart of domesticity.

The outlined trajectory fixes a certain attitude in the perception of the domestic that must not be read just as the expression of the architect himself and of his individuality, but that is typical in a way of a community of subjects adhering to the lead of the architect recognised as a labourer and explorer of unknown spaces 2.

In this sense it is lawful to question about what are we going to expect for today and tomorrow, now that we, as human beings, have passed through the Modernist and Post-Modernist Eras, through the existenzminimum housing and the tyranny of the open space, and that we are know experiencing extremely fast-paced changes of the house, emphasised by the recent lockdown security measures.

Which kind of new intimacy and domesticity (shared and communitarian?) are we going to experience in the near future?

For sure the traumatic effects of the pandemic will produce the desire to regain a social dimension and architecture must have a role as in the urban context, as in the domestic one.

A point of interest regarding the orientation in the contemporary condition could be read among others in the research developed by the Spanish architect Anna Puigjaner through which she advances a theory for the future of the house based on the typology of the “kitchenless house”.

The emblem regards the fact that for sure the kitchen is not totally missing, but it represents the heart of a community life, being not included into the single apartment, but shared in a common space.

Scanning the universal geography in search of the kitchenless house, Puigjaner goes across the newyorkese kitchenless apartments, typical from the mid-nineteenth century, to some particular cases recently spread in Japan, coming back to the most traditional Senegalese settlements.

Once more, especially in the last two mentioned cases, and leaving apart the temporal distance between them, it is the plan to reveal not just the composition of the house – a kind of fragmentary house with a kitchen space in the middle – but deeply it is emphasised the same collective ritual consumed in this house type, which apart from the cooking/eating issue means exactly the will to share something, and to share a certain intimacy (fig.3).

To conclude, if the will to geometrically organise space – as again Aureli affirms – responds to one of the most important features of early sedentary communities, the ritualization of life 3, in which kind of house plans will we reorganise our rituals, nowadays that they seem to have totally disappeared or in alternative, just consumed as commercial goods?

«We live in a great and transparent warehouse, where we are constantly observed and manipulated as transparent customers. Escape from this warehouse (Warenhaus) would not be enough. From it we should try to re-obtain a house (Haus), rather a festive house (Festhaus) where it really might be worth to live in» 4. 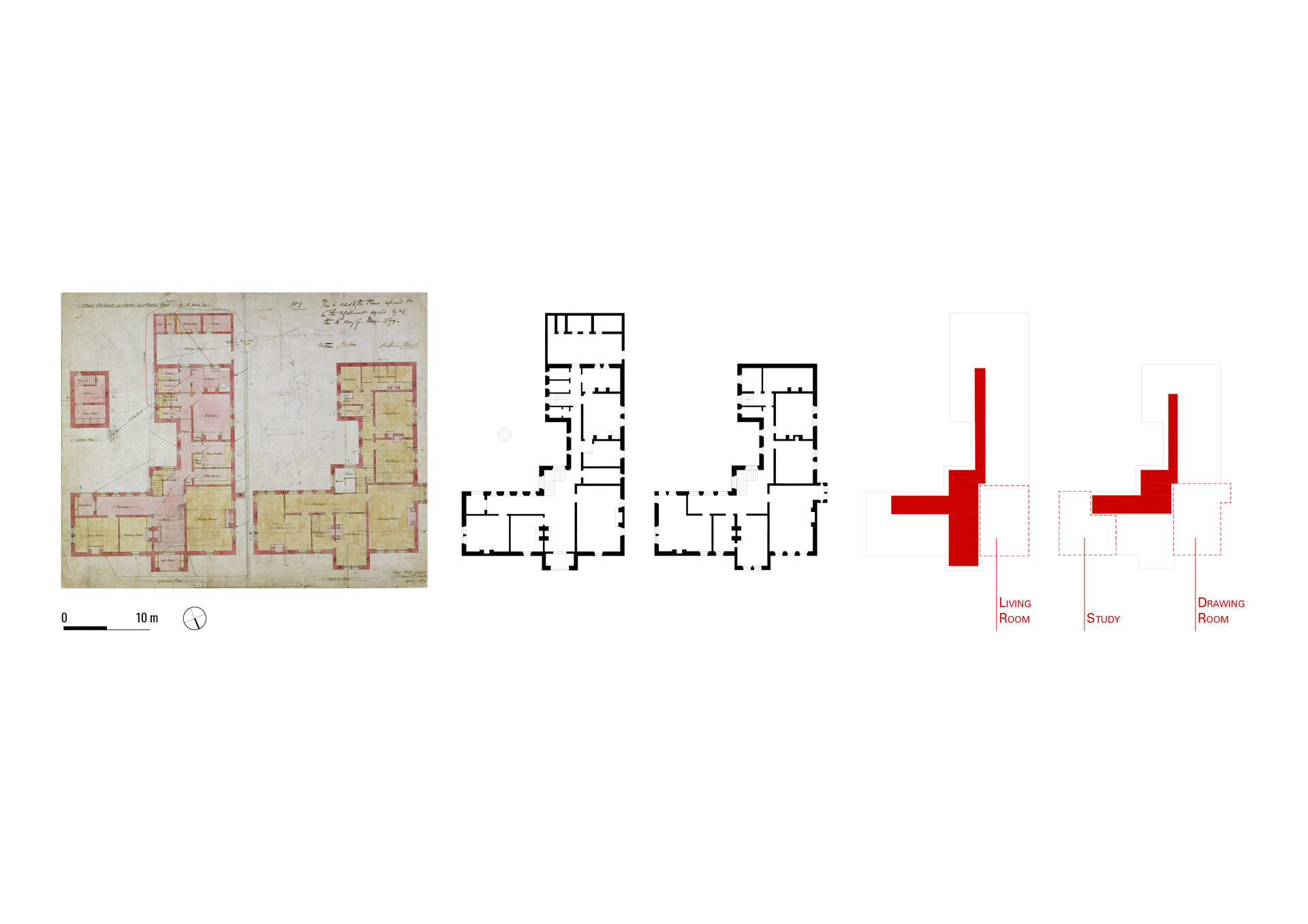 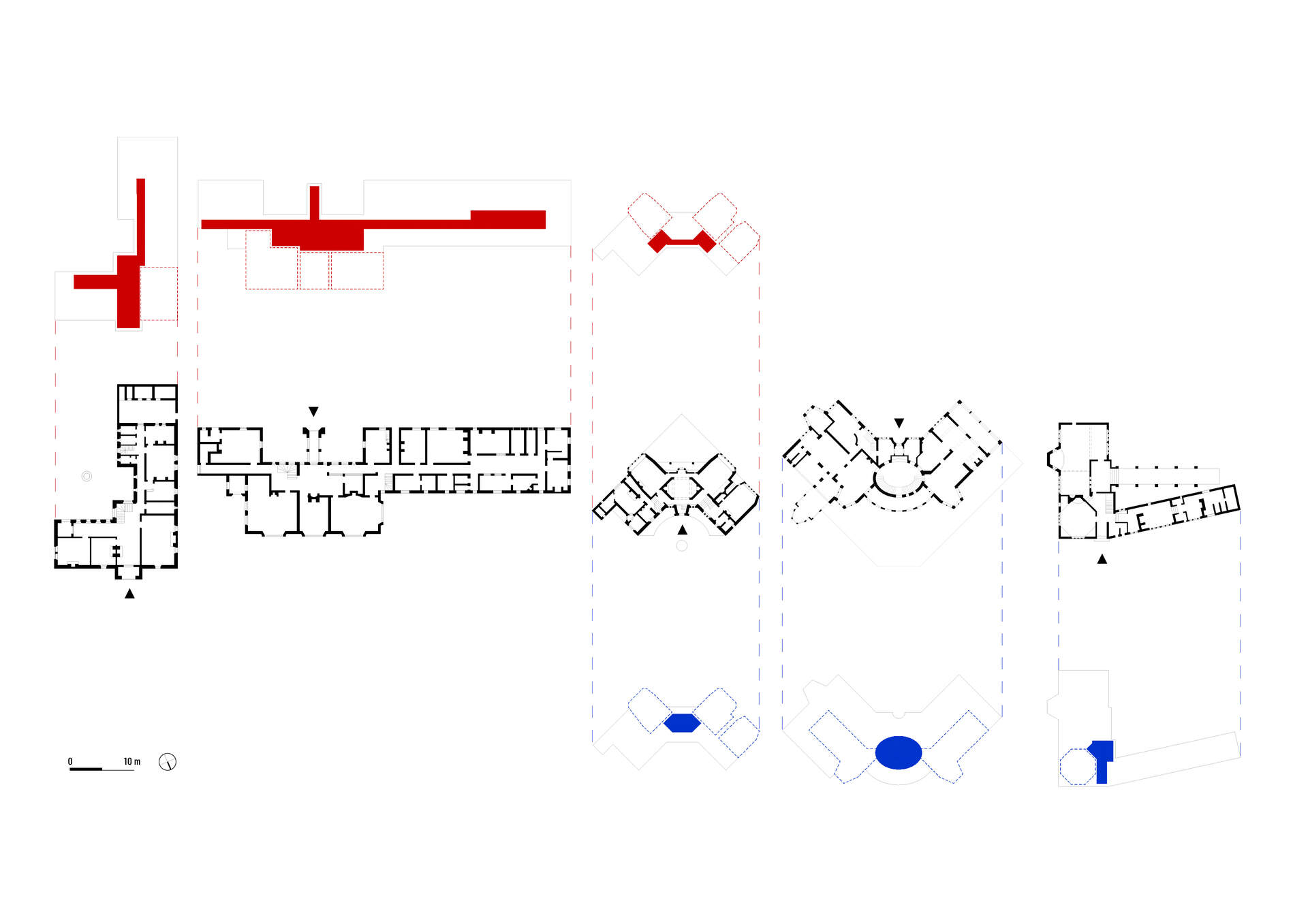 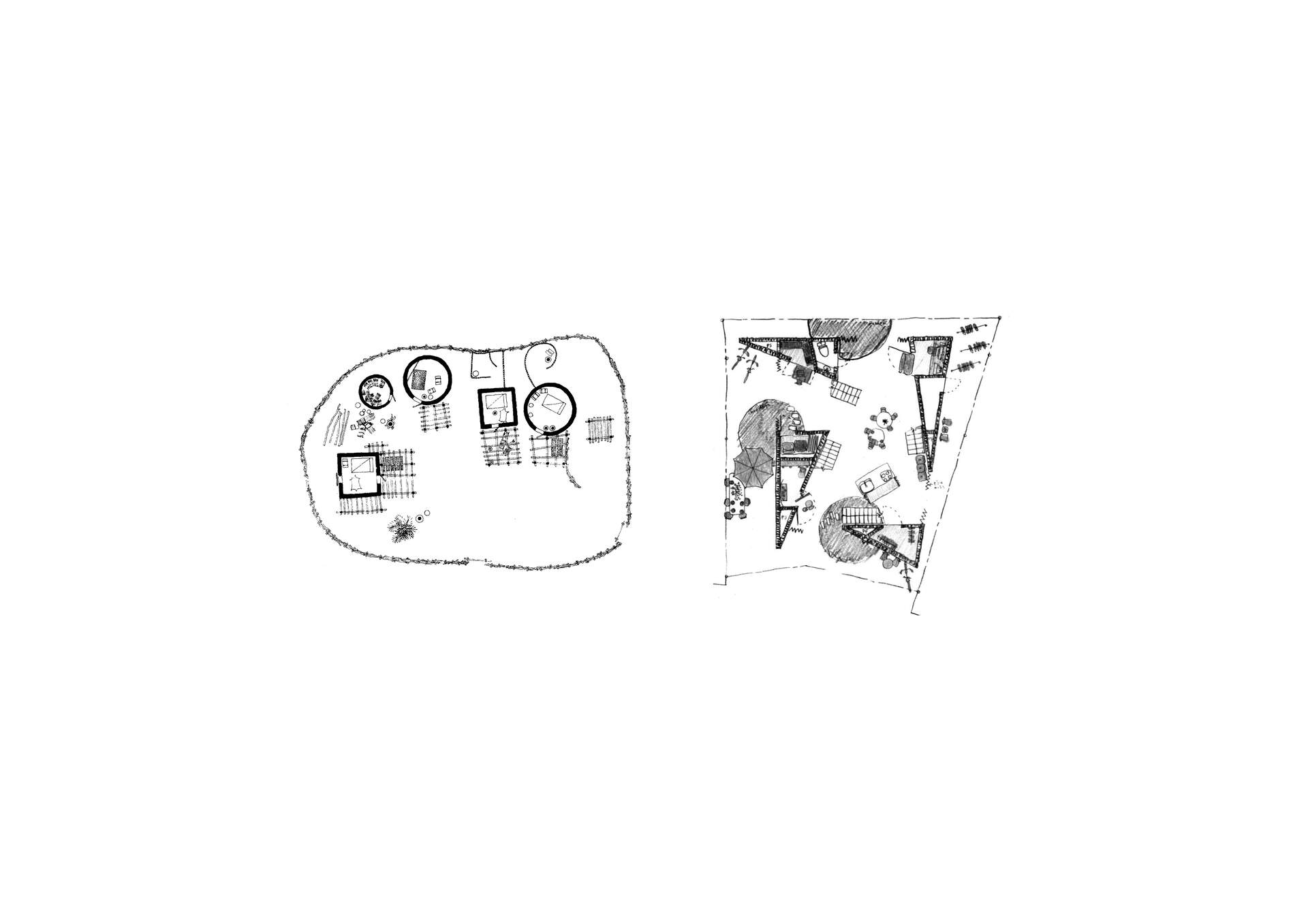