The CA2RE+ conference themes have a double nature: They refer to the aim of the CA2RE+ strategic partnership project on the one hand, and to Design Driven Research on the other. Thus, the position papers on reformulation can be understood as an invitation to the CA2RE+ partners to engage in an effort to reformulate their approach to DDr and formulate a common base for DDDr programs at their universities. But it can also be understood as a research technique in a design-based doctoral project. This short text will give an example of the latter and reflect on reformulation as a means of pointing at, understanding and making visible what is hidden in the multi-dimensional presence of an architectural project.

In her projects, Helga Blocksdorf encounters these moments “in the design process where the idea, bearing in mind all analogue and digital design tools with the obligation to build according to the state of the art, overlaps with planning law, building physics and fire protection requirements and above all with structural-constructive questions and condenses into a seemingly unsolvable problem” 1. These moments and the resulting spatial situations in the projects, she calls “seismic points” or “fault lines”, as she identifies them as the moments that will decide over the architectural quality of the project. “If one succeeds in solving this seismic point - potentially quasi in passing - an imaginary reduction of complexity emerges, which can point beyond itself and manifest the precious moment between thinking about architecture and the everyday use of things” 1. This also means that suceeding in solving these seemingly unsolvable problems will make them invisible as such. The solving “in passing” expresses Helga’s demand that a solution should result in an elegant, casual, almost normal situation. 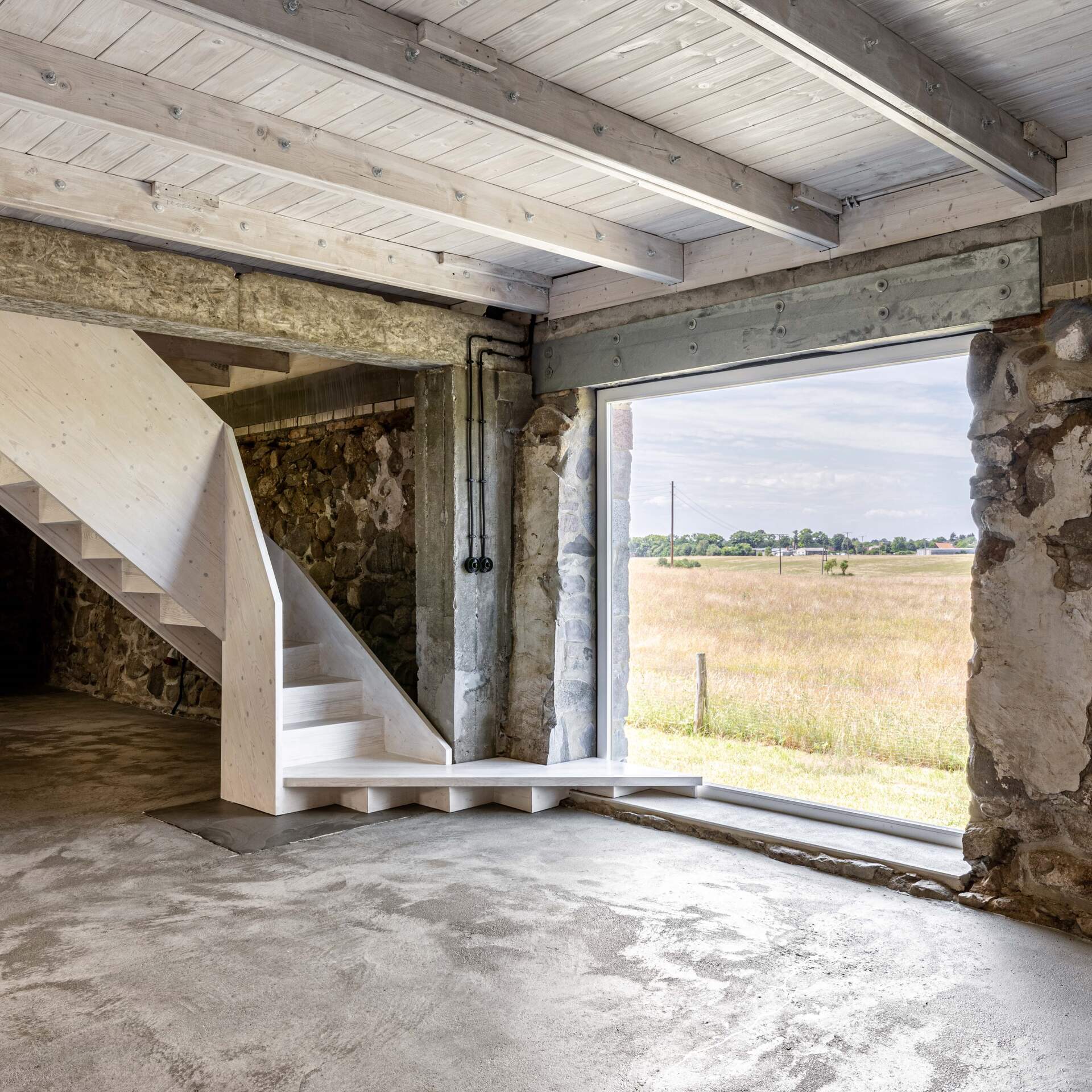 Fig. 1 shows the seismic point in her project „Rieckshof“. Here, in an otherwise less complex building, a number of elements collide: The old outer masonry wall made of irregular fieldstones is cut open to form a large opening. The consequently necessary new lintel interferes with the ring beam. Right next to this, from its column, a concrete beam projects into the interior. And finally, the stair from above that is running alongside the beam, bends here to open up into the large ground floor space and ends in a large almost pedestal-like last step. All this comes together in a concrete, particular and singular physical materialisation: A situation that physically embodies the negotiations between an old existing structure, its architectural refurbishment from a barn into a foto studio, and sudden client decisions late in the construction process.

If you know where to look, the process of negotiation is made visible through an architectural language of slight offsets between the elements: They work together, but they remain strangers to each other. They complement each other, but they don’t fully fit together. Helga uses an architectural language that does not fully smooth out the counteracting agendas, but subtly gives them a remaining narrative presence in the space.

In order to make such situations visible and readable as a contribution and creation of new knowledge in architecture, Helga developed a specific modeling technique: white foam models that reduce the project to the elements that construct the seismic point (Fig. 2). These models are reformulations. They are saying the same thing in a different way and thus, they are lifting and explicating what might not be obvious otherwise. They function like a diagram insofar as they overemphasize a particular aspect in the complex project. They function as pointers that focus the attention on the seismic point and understand the solved dilemma in it. Hille von Seggern points out that “understanding is also a form of dialogue, a way of finding a new language” 2. The language of these reformulations is spatial, the practice is modeling, and its media is models. Even though the foam models are reformulations, they remain in the language of artefacts to produce an access to the knowledge created through and embodied in the architectural project. 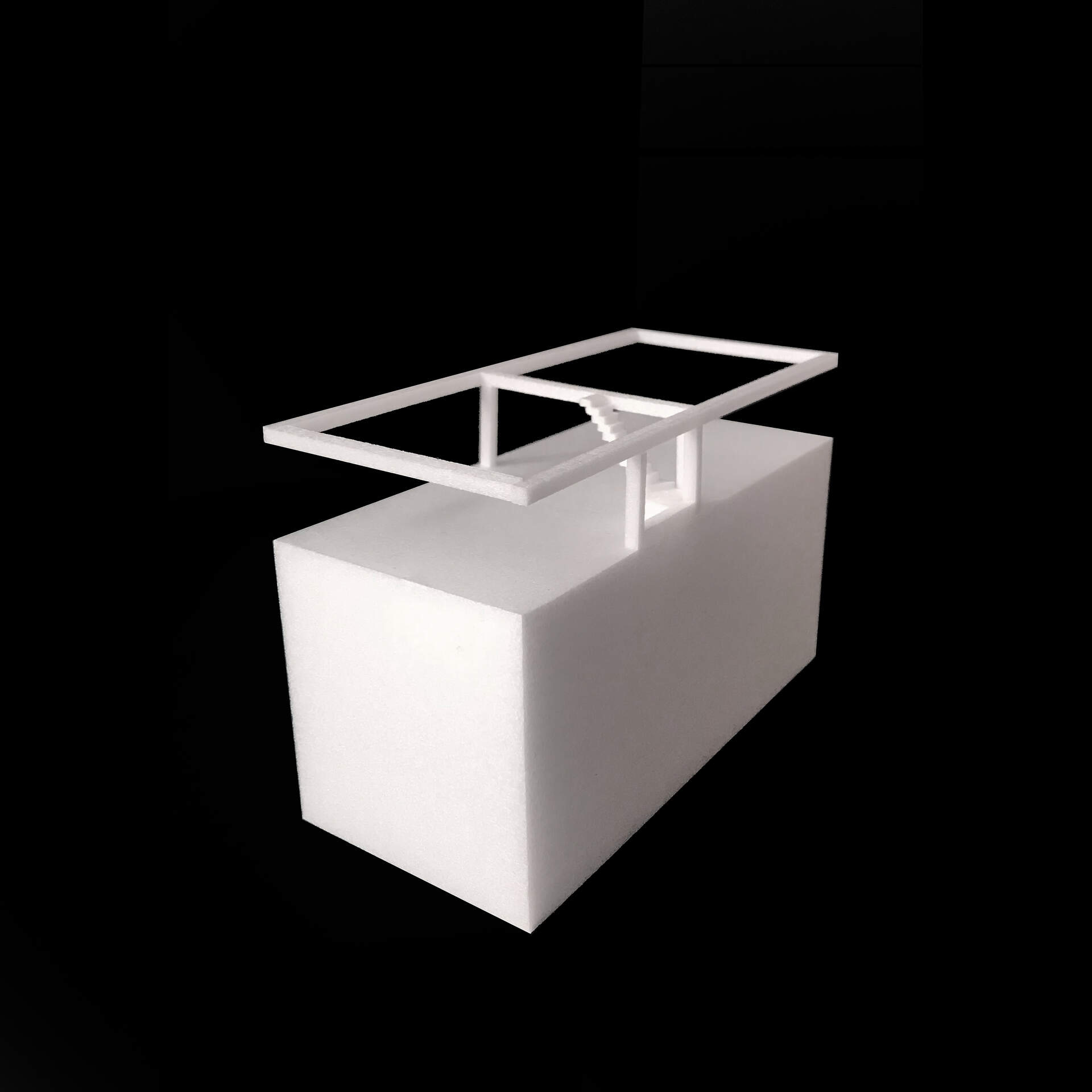